When Project Runway first debuted as a reality television series ten years ago, my mother and I never missed an episode.  I think that getting an inside look at the fashion design process is what inspired me to pursue a career in the fashion arts.

Since then, I have enjoyed many more seasons of the show, including a Canadian version that ran for two seasons.  I still like to go back and watch some of the older episodes for inspiration and I own several season's of the show on DVD, which I purchased through Amazon. 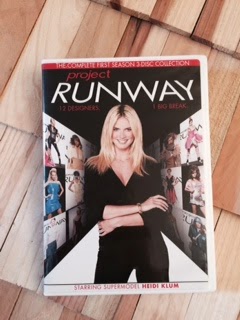