Sewing can be lonely.  That's why I have a new friend to keep me company in my sewing room.  His name is Karl Lagerfish.

I first had the idea of getting a fish to keep me company when I was in university.  I was often up late, sitting alone at my desk, writing essays.  Just like sewing and fashion design, reading and writing are solitary activities.  Once, after staying up all night by myself in order to complete an essay for my first year British Literature course, I had the brilliant idea of getting my first fish.  I named him Wordsworth, and he was a beta, just like Karl Lagerfish.  Wordsworth saw me through many assignments, including essays on Shelley, Keats and Shakespeare.

Years later, when I went to school for fashion design, I had many late nights sewing and pattern drafting.  Long after my family had gone to sleep, I would be up late working on some garment or other.  Wordsworth had long since passed away, so I decided I was ready for a new fish.  I have an affinity for Japanese fighting fish, so my college fish was a little red beta.  I named him Valentino because he reminded me of Valentino's RED collection.

It's been a few years since I've had a fish, but I am a Pisces, so I am drawn to all things aquatic. I'm really excited to get a lot of sewing and pattern making done with Karl Lagerfish beside me.  He's like my little fishy mascot. 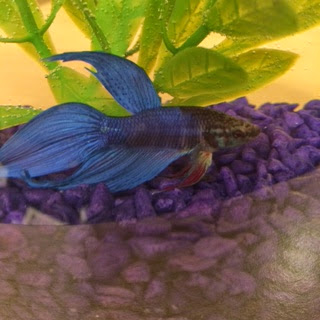 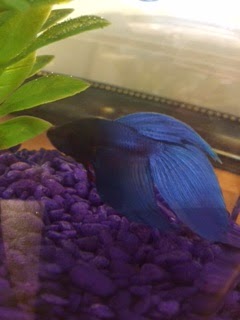 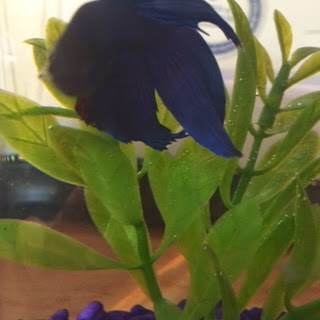 at November 25, 2014
Email ThisBlogThis!Share to TwitterShare to FacebookShare to Pinterest